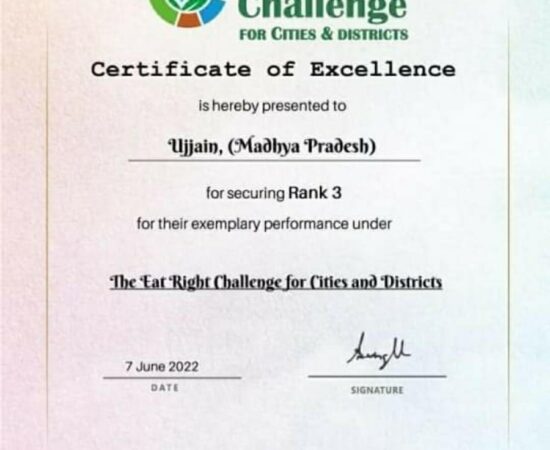 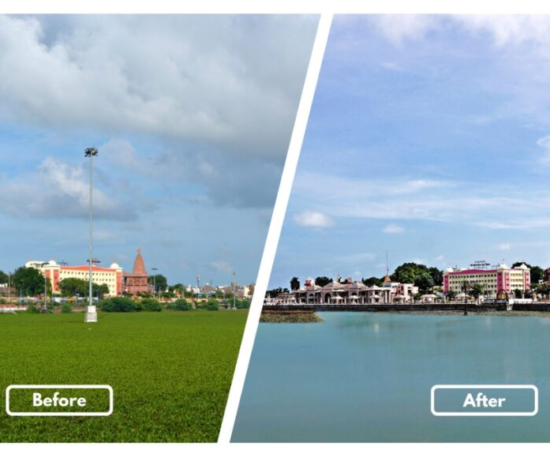 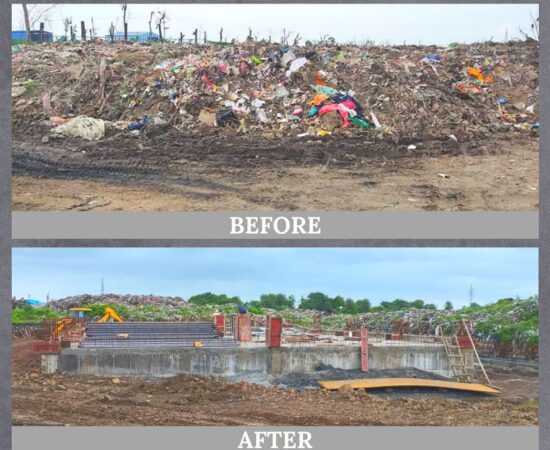 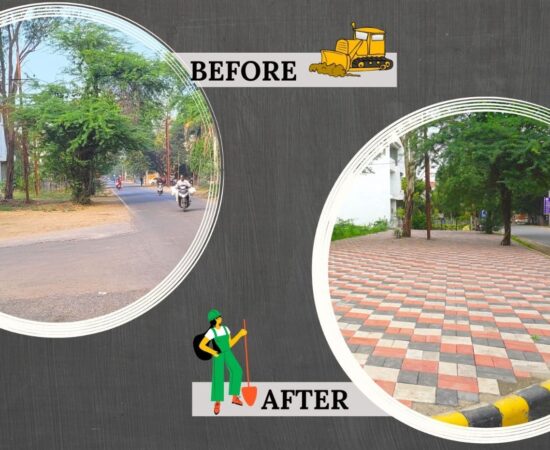 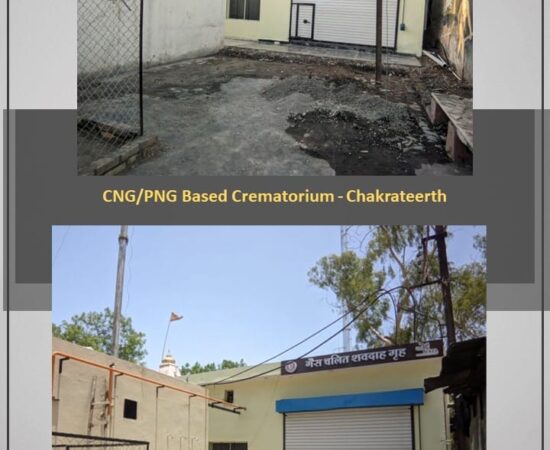 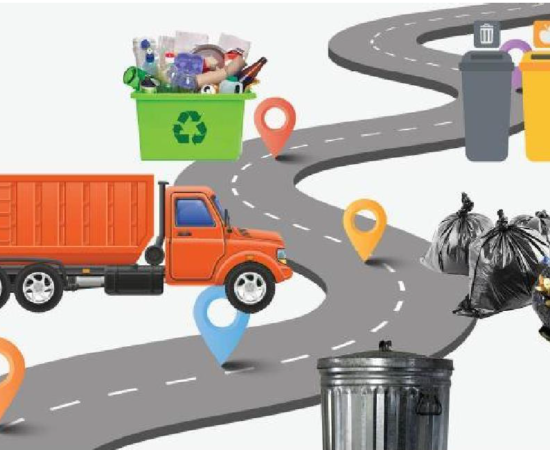 IT Intervention in SWM 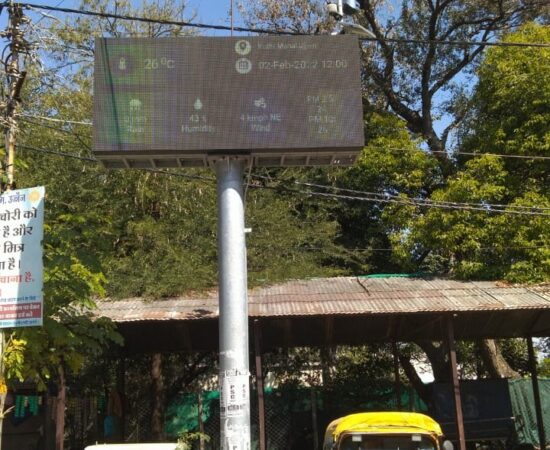 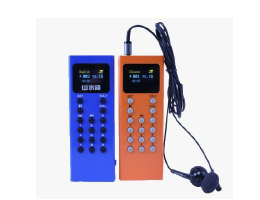 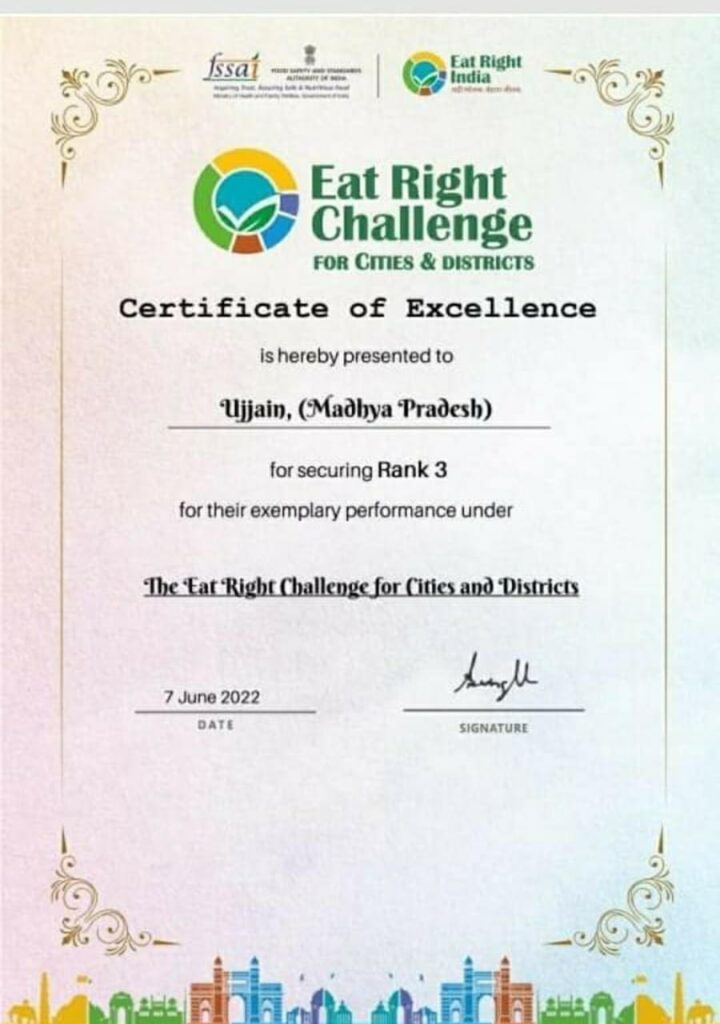 Under the guidance of Mr. Anshul Gupta, Executive Director, Ujjain Smart City, a demonstration and healthy recipe competition on millets was organized at Akshat International School, Ujjain, under Eat Right Challenge Phase 2. Eat Right Challenge Phase-2 Competition on Millets Based Recipe. Ujjain Smart City Limited participated in the Commonwealth Food Futures 2022, Conference organized at UK house Birmingham by Food Foundation. After securing the third rank in Eat Smart Challenge at National level, Ujjain has now become a member of the Global Food Justice Network by signing the ‘Food Justice Pledge’. USCL CEO, Mr. Ashish Kumar Pathak presented Good Food Practices undertaken by Ujjain at the UK house and also took an opportunity to learn from various other cities involved in the Program globally. On the occasion of National Doctor’s Day, Ujjain Smart City organized a free health camp for all the students in Government Nutan School and made all the students aware of all the rules of “Eat Right”. Eat Right Ambassador – ShriGanga and ApnaSweets Ujjain got the third place in the top 10 cities of the country in the Eat Right Challenge. Ujjain nominated among 10 best cities of the country in FSSAI’s “Eat Right Challenge”. Eat Right Mela was organized by Ujjain Smart City. Ujjain was declared as one of the 11 winners in the Eat Smart Cities Challenge by Sh .Manoj Joshi, Secretary, MoHUA. Ujjain was applauded for its efforts towards registration, licensing of vendors, citizen awareness campaigns and “Sustainable Food System” initiative. MoHUA [...] 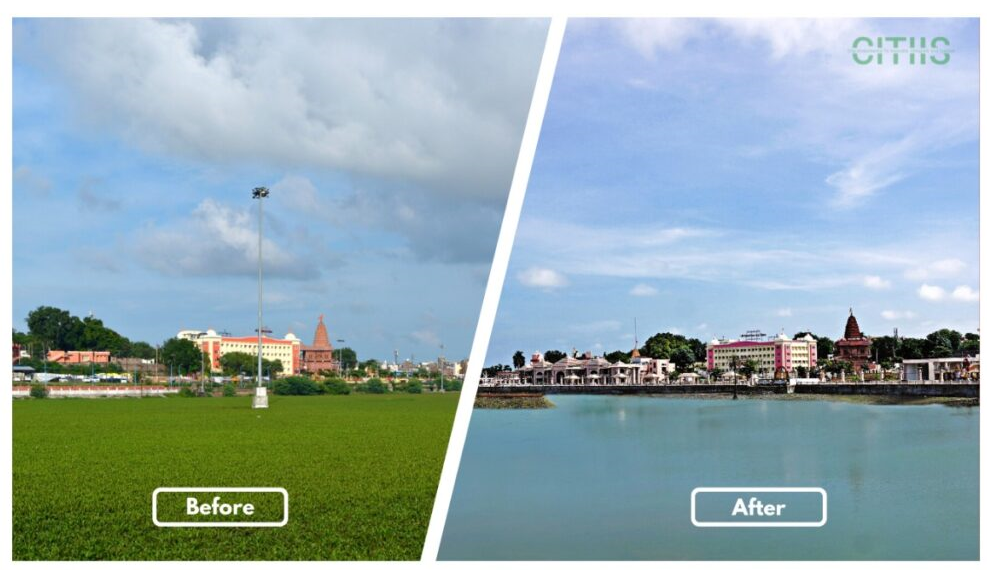 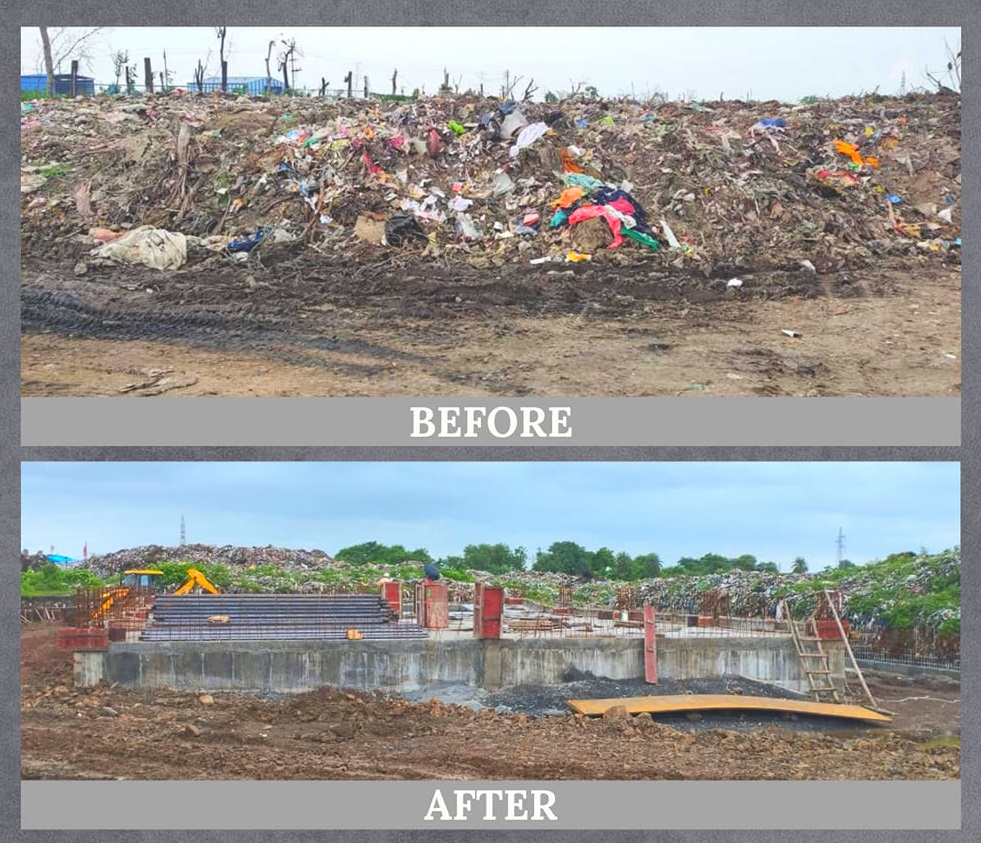 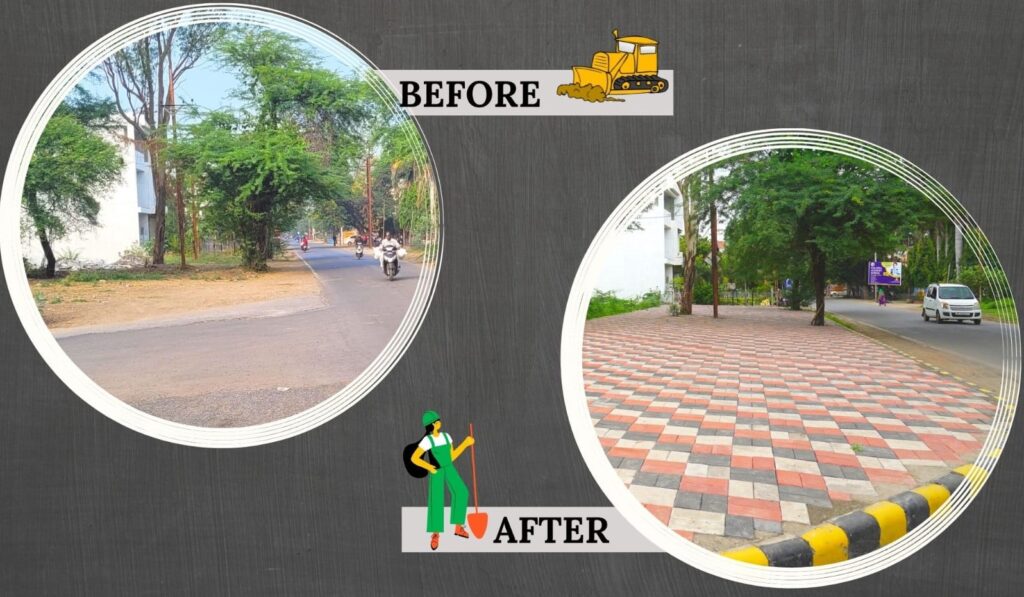 Under one of the project components of Ujjain Smart City, it is proposed to collect the stormwater from various drains coming towards RudraSagar lake and let the screened water fall in the lake during rainy season. The civil work and electromechanical work have been completed at Shri Mahakal Corridor near RudraSagar. This is a unique concept and one of its kind in urban drainage systems in India. The first run-off having floating material, debris etc will be by bypassed and after that screened water will be allowed to RudraSagar lake. The system is consisting of 4 mechanical screens each catering a flow rate of 7.20 cum/sec with a conveyor belt and 5 sluice gates. The system has been successfully commissioned recently is working well in current monsoon. To prevent medium/coarse sized floating wastes from storm water having flow rates up to 7.20 cum/sec, 4 Nos of mechanically cleaned bar screens (inclined at 75 deg) made stainless steel (SS 304) with clear opening of 20 mm have been installed. The screened stormwater being let to fall in Rudra Sagar lake. A Conveyor Belt and chute arrangement has been provided to take the screenings. Screenings dropped from the chute being collected in a mobile container. Stormwater Photo Gallery 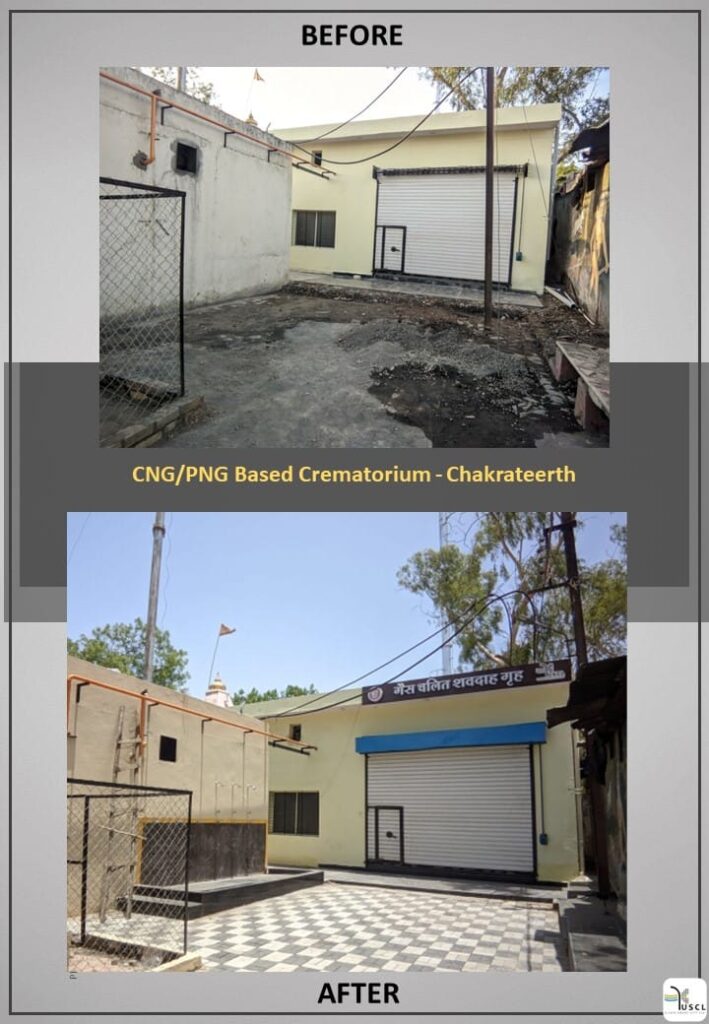 Under this project, Redevelopment and revamping of all the components in the crematorium vicinity has been done for the efficient public use. Photo Gallery 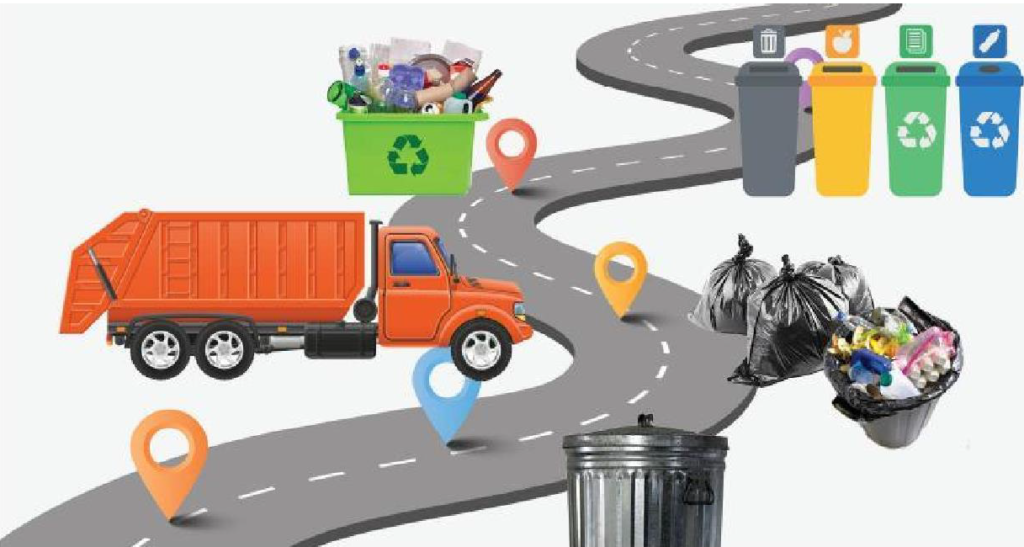 IT Intervention in SWM

This project aims at Selection of Agency for Deployment of ICT Based Solid Waste Management Software Application along with installation of GPS Devices on vehicles operated for owned by Ujjain Municipal Corporation. Their main requirement is equipping the municipal vehicles with GPS enabled devices to track real-time movement of these vehicles and organize the process further to optimize their operational efficiency for better public service. Photo Gallery 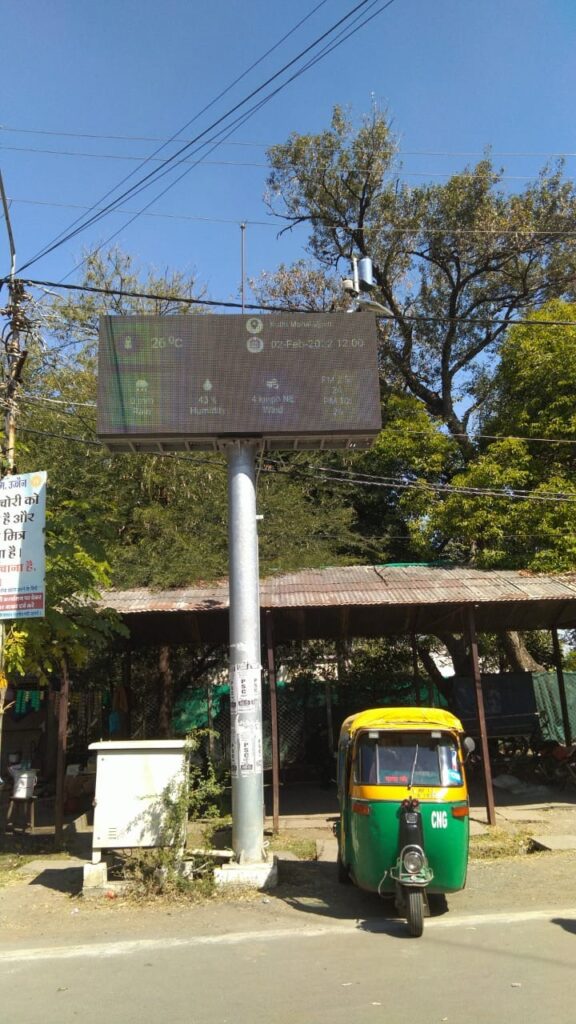 Ujjain Smart City has installed pollution meter on LED screen near Mela office on Kothi Road. Under which the level of pollution from air quality particle PM 2.5 and PM 10 is measured. Photo Gallery 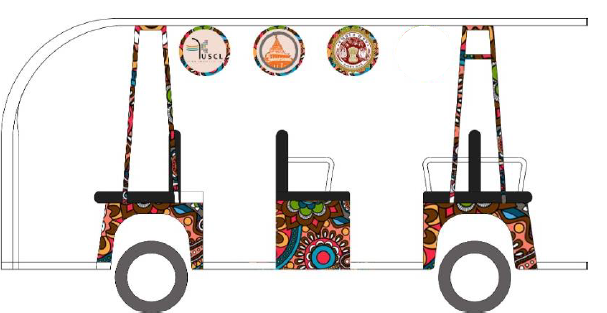 Battery operated e-carts will be run for the differently-abled, elderly and other needy devotees in the 900 meter long corridor. Photo Gallery

The facility of audio guide is proposed for information about the murals, walls and sculptures built in the extension area. • Information and stories related to various idols will be available to the visitors and devotees through 200 cess of mobile application and audio guide. Photo Gallery

Design, build , finance, operate and transfer of She Lounge in Ujjain

Installation and operation of Public Bike Sharing System in Ujjain

Implementation, Management and Maintenance of Smart Classrooms in City of Ujjain

Selection of System Integrator to Design, Implement, Operate and Maintain Smart Solutions for Public Buses and Municipal Vehicles in Ujjain.

Design, Develop, Implement and Maintain Various Mobile Applications for the City of Ujjain

Appointment of the Concessionaire for Implementation of Smart Bus Shelters project at Ujjain on design, build, finance, operate and transfer-DBFOT basis

Selection of agency for implementation, management and maintenance of digital centre as a smart classroom demonstration

Design, implementation and operation of smart solutions for Public Mobility and Municipal Vehicles in Ujjain