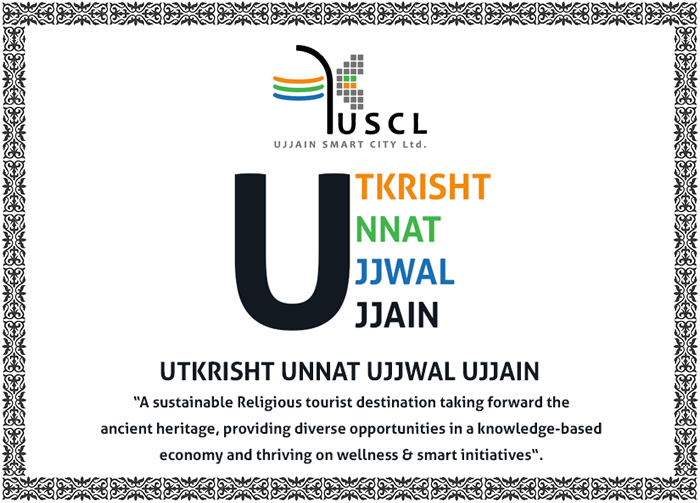 Ujjain is one of the oldest living cities in the world. Its illustrious history documented in Puranas, epics and treatise bear testimony to the fact that it was a smart and prosperous city in ancient India, recognized for its cultural, political, commercial and educational capital.

Thus, the Vision captures the resolve of its citizens and the government to rejuvenate this inherent pilgrimage, heritage and knowledge potential to make the economy more vibrant, competitive and sustainable for the future.

Design, build , finance, operate and transfer of She Lounge in Ujjain

Installation and operation of Public Bike Sharing System in Ujjain

Implementation, Management and Maintenance of Smart Classrooms in City of Ujjain

Selection of System Integrator to Design, Implement, Operate and Maintain Smart Solutions for Public Buses and Municipal Vehicles in Ujjain.

Design, Develop, Implement and Maintain Various Mobile Applications for the City of Ujjain

Appointment of the Concessionaire for Implementation of Smart Bus Shelters project at Ujjain on design, build, finance, operate and transfer-DBFOT basis

Selection of agency for implementation, management and maintenance of digital centre as a smart classroom demonstration

Design, implementation and operation of smart solutions for Public Mobility and Municipal Vehicles in Ujjain